Is Marcos Alonso set for a career rejuvenation under Thomas Tuchel? 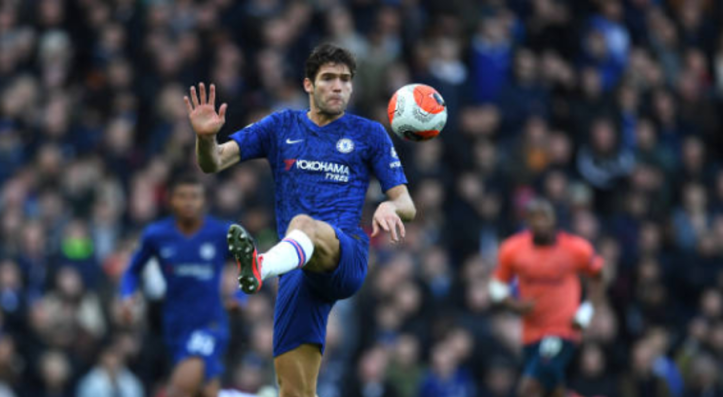 A truly excellent wing-back, but a fairly average full-back, Marcos Alonso divides opinion amongst Chelsea fans, and managers alike.For two positions so similar, it’s remarkable how Alonso’s performance differs between the two.At left-back, he seems slow, often defensively weak, and unable to utilise his greatest quality, his eye for goal. At wing-back, it plays into his hands almost perfectly. His faults are covered by a third centre-half, and he’s able to display his unerring finishing in front of goal.Since his arrival at Chelsea in 2016, no defender has scored more Premier League goals than Alonso, and his transformation from a relative nobody at Bolton and Sunderland, to a key component of Antonio Conte’s title winning side is incredible.That year he scored six and assisted three from left wing-back, with the reinvigorated Victor Moses on the opposite flank. The pair were crucial in Chelsea’s attack, allowing the likes of Eden Hazard and Pedro to drift infield to devastating effect, whilst the side kept options out wide.His role in Conte’s side was almost akin to Jorginho’ role in Maurizio Sarri’s tenure; Alonso was the missing piece from Chelsea’s early 2016/17 season puzzle.His 3.4 tackles and interceptions per 90 that season is only 0.2 less than Ben Chilwell and Andrew Robertson make combined this year (3.6 per 90), showing that in his prime, he was a more than competent defender.His 1.5 shots per 90 in 2016/17 is in fact more than Chilwell and Robertson comined this year (1.4), and his threat down the left flank was unrivalled in the Premier League.Despite that attacking endeavour, Alonso was slowly fazed out of the side once Conte left the club, making 31 Premier League starts under Sarri in 2018/19, 15 under Frank Lampard in 2019/20, and just three before Tuchel’s arrival at Stamford Bridge.Lampard didn’t rate Alonso, it was clear to see. Sergio Reguilon, Nicolas Tagliafico and Chilwell, among others, were all rumoured summer targets, and even before Christmas in his first year as boss, Lampard wanted to get rid of Alonso.Despite Chilwell’s £50m arrival, Alonso and Emerson rotated at the start of the season due to the Englishman’s injury issues, but Alonso’s performance and reaction at being hooked at half-time against West Brom proved to be the final straw for Lampard, who turned to now fully fit Chilwell to solve Chelsea’s left-back issue.With two goals and four assists in the league this season, Chilwell has been able to maintain Alonso’s threat in the final third, whilst providing far more defensive solidity to a side who conceded 54 goals in 2019/20.However, the sacking of Lampard and arrival of Tuchel has appeared to provide the outcast Alonso with a second chance in Chelsea blue.Tuchel has been a long-time admirer of Alonso, and like Jorginho, it’s been no surprise to see his reintroduction to the team.Although he missed out in Tuchel’s opener against Wolves, he started in his favoured left wing-back role when Chelsea faced Burnley, and scored the second goal with an exquisite touch and volley to seal the points.In a game of total Chelsea dominance, Alonso slotted in perfectly, and whilst it wasn’t a vintage display from the 30-year-old, with two shots, zero key passes and only one tackle, he’s not played since September, so rustiness is to be expected.However, to score on your comeback was the perfect response Tuchel would’ve wanted from him, and the battle between him and Chilwell for the slot on the left is well and truly on.To bench a £50m signing is a statement of intent from Tuchel, but his admiration of Alonso, and the Spaniard’s goal against Burnley, means the Conte favourite looks set to be back in favour at Stamford Bridge.