Gabriel to replace the suspended Luiz? – How Arsenal could line-up against Aston Villa 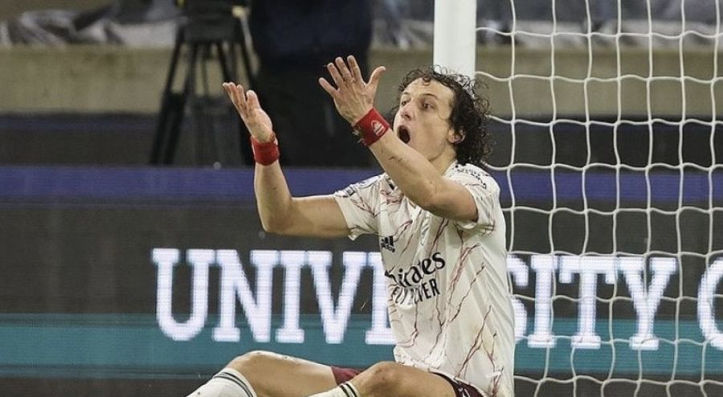 Mikel Arteta’s side will be looking to bounce back from a disappointing defeat at the hands of Wolves last time out when they travel to Villa Park on Saturday. The Gunners were dominating proceedings in midweek, leading 1-0 approaching the half-time break when David Luiz received a harsh red card after he appeared to clip Willian Jose’s heels inside the 18-yard box. Ruben Neves scored the resulting penalty, and things went from bad to worse for the North London side. In the 72nd minute, first-choice goalkeeper Bernd Leno was also given his marching orders after handling the ball outside of his penalty area. Arteta will have to cope without two key men this weekend then, but his side’s first-half showing will have filled the Spaniard with confidence heading into this one. Arsenal’s results and performances have been much improved in recent weeks, with the Wolves defeat their first in the league since December 19. A solid base has been key to their success, and even the absence of Kieran Tierney through injury failed to derail their surge up the Premier League table. The Scotland international is still unavailable, so Cedric is set to start at left-back over the weekend once again. He will be joined by Rob Holding and Hector Bellerin as ever in the back four and Brazilian centre-back Gabriel is likely to replace his suspended compatriot in the heart of the defence. Due to Leno’s enforced absence and Mat Ryan’s hip injury, third-choice ‘keeper Runar Alex Runarsson could make his first top-flight start for the club. Granit Xhaka is currently in the midst of a purple patch of form and is performing admirably alongside Thomas Partey in the middle of the park. The duo will, as ever, aim to provide a solid base for Arsenal’s attacking players. Youngsters Bukayo Saka and Emile Smith Rowe have made themselves virtually undroppable with their scintillating displays and frontman Alexandre Lacazette will lead the line after bagging five goals in his last eight outings. Arteta’s big call is who starts on the left-hand side. Pierre-Emerick Aubameyang is available for selection once again following an injury layoff, but Nicolas Pepe has been performing admirably in his absence and will be desperate to feature from the off.