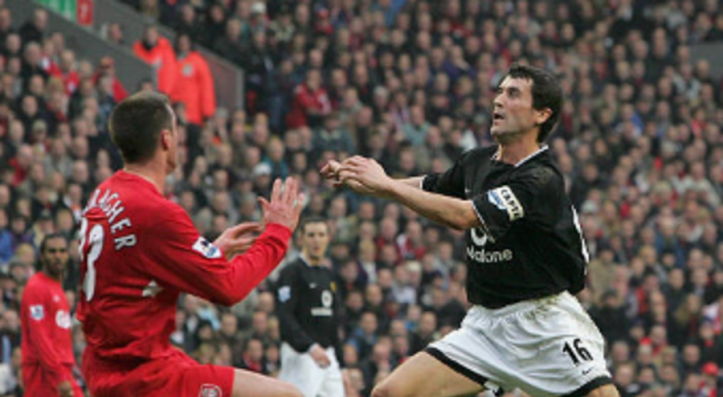 Roy Keane has blasted reigning Premier League champions Liverpool after their 4-1 thrashing at the hands of Manchester City all but ended their chances of retaining their crown.Jurgen Klopp’s men were dominated by Pep Guardiola’s team at Anfield, as goals from Ilkay Gundogan (2), Raheem Sterling and Phil Foden led City to an emphatic victory.This result means that Liverpool now find themselves 10 points behind league-leaders City, having played a game more – leading to Klopp saying that the Reds are now simply fighting to finish in the top four.“To me, they’ve been bad champions,” blasted Keane on Sky.“I don’t see it. I think they all believed their hype last year. In my mindset, if you won a league title, your mindset should be ‘can I do it again?’“I never heard any of the players coming out and say, ‘I want to do it again’. Now they are talking about top four. “We’re talking about Liverpool. If it’s a huge club, you need to deal with setbacks.“If you look at Man City, you could say they are missing their two best players. It’s excuses after excuses. It just goes on and on and on.“You could say this is a one-off, it’s a freak season. Get on with it. Perform like champions. If you play like that, it’ll be another 30 years before they win the title.”Liverpool have now lost three home games in a row for the first time since the reign of Bill Shankly.