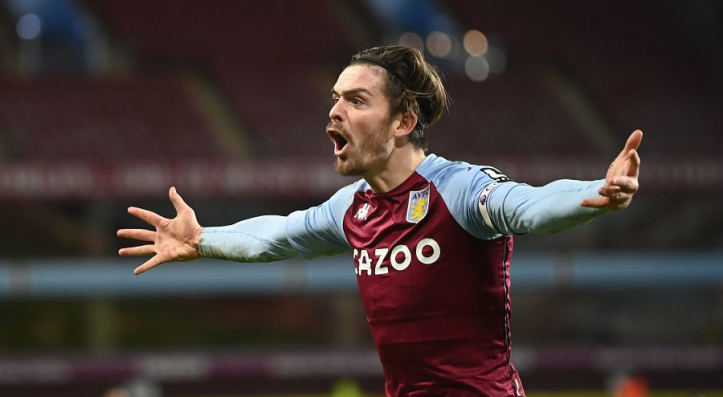 Tottenham striker Harry Kane continues to lead the charts for the most goals assisted in Europe’s top five league’s but now has a group in behind that includes the likes of Kevin De Bruyne and Jack Grealish.Kane is now on 11 for the season, but actually hasn’t recorded an assist in five games, which has allowed others to bridge the gap.Grealish earned an assist against West Ham last midweek, while Thomas Muller set up Kingsley Coman’s winner for Bayern versus Hertha at the weekend.Kevin De Bruyne is still on contention, though is set to drift down the leaderboard in the coming weeks due to being absent with injury.Bruno Fernandes set up two goals in the huge win over Southampton a week ago to take his tally to nine for the campaign, just two behind the leader.Hakan Calhanoglu, Angel Di Maria, and Jonathan Bamba have made it on to the leaderboard with eight.There are no entries from La Liga on the leaderboard, as the top tallies from that league are just six assists, held by Iago Aspas, Nabil Fekir, Angel Correa, Marcos Llorente, and Jorge de Frutos.MOST ASSISTS, TOP FIVE LEAGUES 2020/21 2020/21 European Assist KingsPlayerTeamAssistsHarry KaneTottenham11Kevin De BruyneMan City10Jack GrealishAston Villa10Thomas MullerBayern10Joshua KimmichBayern10Bruno FernandesMan Utd9Kingsley ComanBayern9Henrikh MkhitaryanRoma8Hakan CalhanogluMilan8Jonas HofmannGladbach8Angel Di MariaPSG8Jonathan BambaLille8To calculate the 2020/21 European Assist King, we will focus on the top five leagues to keep things simple (for now) and track which players have provided the most assists in each respective league. There will be no coefficients or scales used – just ranking the most goals created by each player in the top five leagues condensed into a single table. Premier League assists + full statsSerie A assists + full statsLa Liga assists + full statsLigue 1 assists + full statsBundesliga assists + full stats