How Bayern could line up in the Club World Cup Final 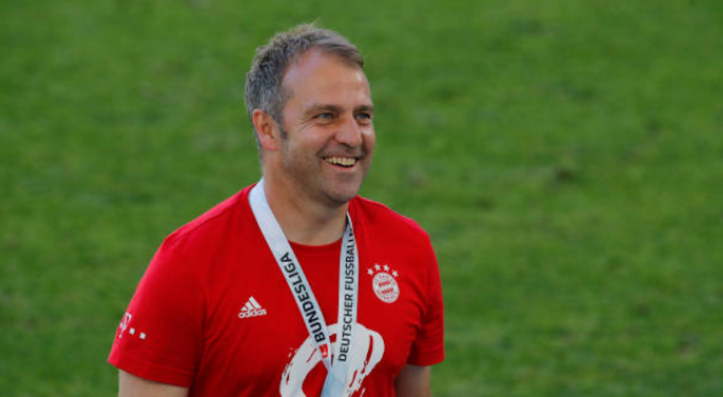 Bayern head coach Hansi Flick will have a full squad at his disposal when the Bavarian side take to the field in the Club World Cup final against Tigres on Thursday.Under Flick, Bayern won the treble last season of the Bundesliga, Champions League, and the DFB-Pokal.In the 2020/21 campaign they have followed that up with triumphs in the German Super Cup and the UEFA European Super Cup.Bayern could make it an incredible six trophies under Flick should they overcome the Mexican side at Education City Stadium in Qatar.In the semi-final against Al Ahly a couple of days ago, they weren’t at their best, but still progressed thanks to a double from Robert Lewandowski.The Pole will once again lead the line in the final.Though Leroy Sane is available, Flick may choose to go for the same attacking midfield three that won in the semi – Thomas Muller, Kingsley Coman, and Serge Gnabry.Marc Roca is enjoying a spell in the team, but might be replaced in central midfield by Leon Goretzka, who could come in to partner Joshua Kimmich. That means another place on the bench for Corentin Tolisso, too.Jerome Boateng may not feature due to personal reasons, which means Niklas Sule should step in.Benjamin Pavard, David Alaba, and Alphonso Davies should retain their places from the semi.Manuel Neuer will, of course, start in goal.Bayern predicted XI against Tigres