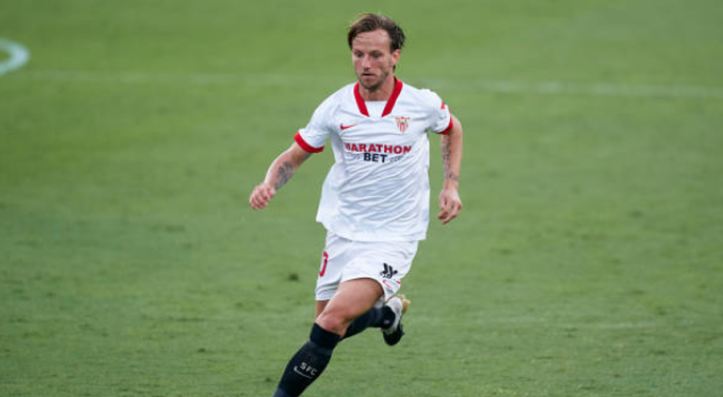 Ivan Rakitic offered Barcelona a reminder of what they let go last summer as he helped Sevilla carve out a 2-0 aggregate lead over Barcelona in the Copa del Rey.The Croatia international departed Camp Nou in September, bringing an end to a trophy-laden six-year stay that him win four La Liga titles, four Copas del Rey and the Champions League.That paved the way for an emotional return to the south of Spain where he won the Europa League over a three-year period prior to his Barca move.But Rakitic returned to haunt his old club on Wednesday evening in a first leg of a Copa del Rey semi-final at Ramon Sanchez-Pizjuan Stadium.The 32-year-old grabbed the hosts’ second as they claimed a 2-0 win that puts them in pole position to reach the final against either Athletic or Levante.He also produced an impressive all-round performance to earn himself a Football Critic rating of 7.4 on the night.Rakitic completed the third highest amount of passes (68) of any player on the night, just behind Sergio Busquets (70) and Oscar Mingueza (72).Sevilla 2-0 Barcelona: Player Ratings, Match Stats, Player StatsHe was also third highest in terms of touches (86) and influence on the match behind Jordan (87) and, unsurprisingly, Lionel Messi (92).Messi was also the only man to take more shots (7) than Rakitic (4), with three of them being blocked and the other finding the back of the net.Most importantly, however, the Croatia internationl severely damaged Barca’s trophy hopes this season while giving Sevilla hope of a first Copa del Rey win since 2010.