Cavani to keep his place up front? How Manchester United could line-up against West Brom on Sunday 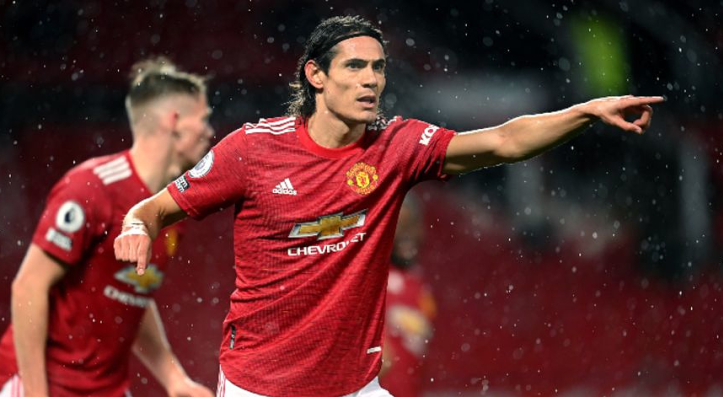 Manchester United will be looking to bounce back from their disappointing draw at home to Everton last time out when they take on West Brom over the weekend. Dominic Calvert-Lewin scored a last-minute equaliser at Old Trafford as the Toffees came back from behind twice to snatch a point on Saturday. The result left the Red Devils five points adrift of their locals rivals Manchester City, who are sitting pretty at the top of the Premier League table despite having a game in hand over Ole Gunnar Solskjaer’s side. Nothing other than the three points will do for United when they travel to the Hawthorns then, with Sam Allardyce’s Baggies sitting in the relegation zone and seriously struggling for form, it’s a must-win game for the 20-time champions.Injuries to Paul Pogba and Eric Bailly have limited Solskjaer’s options in midfield and defence, but the Norweigan manager could have a big decision to make with regards to his goalkeeping options. Regular number one David de Gea was arguably at fault for two of Everton’s three goals in United’s previous league outing, while Dean Henderson has kept a clean sheet in six of his 11 appearances this season. The Spain international is likely to keep his place for now, although any further mistakes on Sunday could see Henderson take his place between the sticks. Ahead of De Gea will almost certainly be a back four made up of the in-form Luke Shaw, Harry Maguire, Victor Lindelof and Aaron Wan-Bissaka. Due to Pogba’s hamstring injury, a familiar midfield duo of Fred and Scott McTominay is set to provide a solid base allowing an attacking quartet comprising Bruno Fernandes, Marcus Rashford, Mason Greenwood and Edinson Cavani to flourish. Anthony Martial is expected to be the man that misses out and take up residence on the United bench, but given Cavani’s growing influence over this young side, the Frenchman can’t have too many complaints with that. Manchester United predicted XI against West Brom