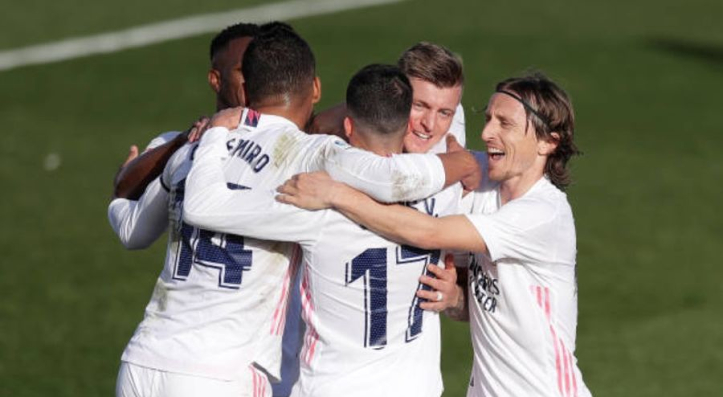 Real Madrid kept up the pressure on runaway leaders Atletico Madrid by producing a solid if unspectacular 2-0 home win against Valencia. Toni Kroos was in excellent form throughout for Zinedine Zidane’s side, but which others were worth a look?Real Madrid 2-0 Valencia: Player Ratings, Match Stats, Player Stats✔️ GOOD PERFORMANCELucas Vazquez: 8.2Vazquez may only have featured for 60 minutes but he made a huge impact for the team after coming on for the injured Daniel Carvajal. He made an almost instant impact, reaching the goal line to cut the ball back perfectly for Toni Kroos to sweep home, and he was superbly diligent from the defensive perspective too. The auxiliary full-back won both of his tackles and 3/4 duels in an excellent display which will slightly soften the blow of Carvajal being injured once again. ❌ BAD PERFORMANCEManu Vallejo: 5.5It’s dreadful days for Valencia at the moment and things don’t look to be getting much better. And their utter lack of offensive force against Madrid was reflected in the efforts of Manu Vallejo, who touched the ball just 14 times before being hooked at half-time. No shots, and just one touch inside the opposition penalty area represents a display that is better off drawn under and forgotten about. Valencia have bigger problems coming up. ⭐ STAR MANToni Kroos: 9.5Real Madrid’s passing machine also provided vital impacts in the final third as he guided his team to a straightforward win here. He slipped in Karim Benzema to open the scoring before slotting home from the edge of the area in trademark style, rolling perfectly into the corner to effectively end the contest. Kroos made well over 100 passes with a 93% completion rate, including 40+ in the final third, showcasing his ability to retain the ball but play penetrative passes forward, too. Real Madrid 2-0 Valencia: Player Ratings, Match Stats, Player Stats