Messi to start against future club? – How Barcelona and PSG could line up 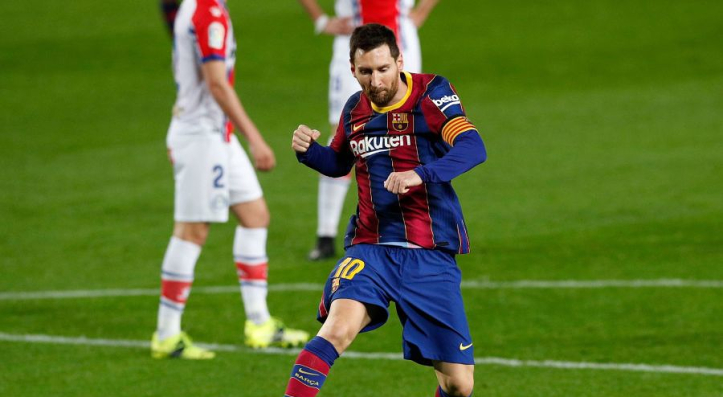 Barcelona versus PSG currently means more than just on-field matters, but their round of 16 tie in the Champions League is certainly the pick of the bunch. Both sides come into the tie on the back of a topsy turvy first half of their domestic seasons and with eyes on the ultimate prize having both reached at least the semi-finals last season. Barca have demons to avenge in Europe after losing 8-2 to Bayern in their semi, while PSG will still be burning from final defeat to the German Champions in the Portuguese bubble. Coming into this clash, former Southampton managers Ronald Koeman and Mauricio Pochettino both have an extensive injury list that will force a reshuffle in their respective lineups. Barca are wounded at the back with Gerard Pique and Sergi Roberto out for the long-term, while Ronald Araujo is likely to miss out again.Sergino Dest should come in at right-back alongside Oscar Mingueza and Clement Lenglet in the centre, with Jordi Alba on the left. PSG have only Juan Bernat out in defence, so should be able to field a strong back four of Alessandro Florenzio, Marquinhos, Presnel Kimpembe and Mitchel Bakker. Frenkie de Jong has been one of Barcelona’s best players this season and should take his place in midfield alongside Sergio Busquets and Pedri, who may be forced into the middle with a lack of alternative options. Pochettino will be sweating on the fitness of Marco Verratti for his midfield, with Ander Herrera and Idrissa Gueye in place if the Italian can’t get himself ready. Les Parisiens are heavily depleted by injuries to Neymar and Angel Di Maria, but both Julian Draxler and Moises Kean scored over the weekend and should earn another start alongside Kylian Mbappe and Mauro Icardi. For Barca, Messi and Antoine Griezmann have continued to grow in form, with 14 goals and nine assists between them in their last 10 matches respectively. Ousmane Dembele is likely to come back into the XI after spending most of the weekend’s 5-1 win over Alaves on the bench. All is set for the first leg at the Nou Camp ahead of a mouth-watering tie, and one that could define both clubs’ seasons as they chase as much silverware as possible.